The story behind the photograph

I am in the process of sending out a new promo piece.  This photograph is the dominant picture, and I want to share a bit of the story behind the picture.

Bob Cain, Forest Entomologist with the USFS, is standing in a section of forest about 40 miles west of Denver, Colorado, that was hit particularly hard by the mountain pine beetle. The mountain pine beetle, a species of bark beetle, Dendroctonus ponderosae, is native to the forests here in the western United States.

If you look down by his feet, a young tree is still green, unharmed and growing.  This picture shows destruction at first glance, but also reveals a glimpse into the future. 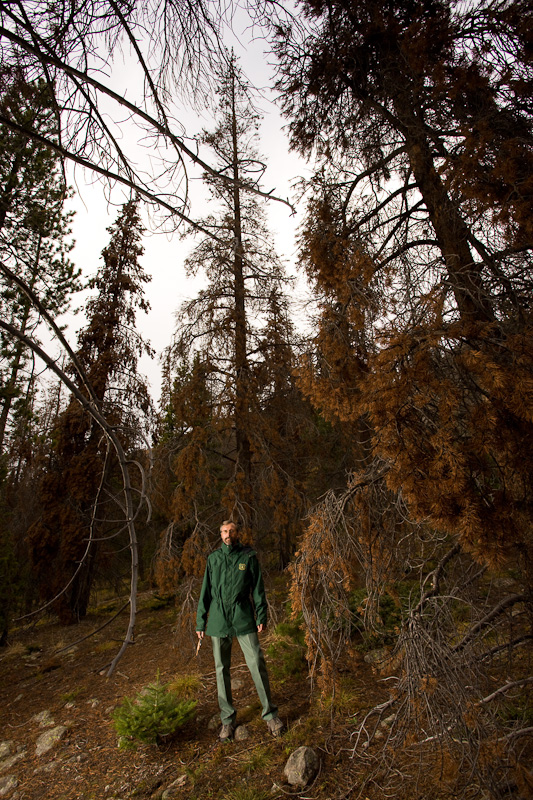